Rick & Morty has been all the buzz lately. And that’s great because it truly deserves it, it’s an intricate and funny and moving series. Its third season has been its most profound yet, giving genuine introspection into the character of Rick Sanchez and how toxic and destructive a human being he truly is. But that’s not what my social media feeds have been interested in. They’ve been talking about the fandom, the would-be real life Ricks who find themselves in almost every online community spewing indulgent nihilistic hatred on everything they touch.

Some friends have even expressed being turned off the series by this, which just really sucks. On one hand I can’t blame them but on the other it’s really just not fair. It’s not fair that people find themselves unwilling to have new media experiences because of hostile fan culture, and it’s not fair on the creators of earnest good works that they need to be accountable for crappy people. So what should you do if something you want to get into has a rubbish fanbase?

Well you should get into it anyway, but it’s really not that simple. The general cop-out I find online is people saying “I love this thing but the fans are terrible”. Even if no one mentions the fandom a lot of people feel the need to justify that they’re not One Of Those People. Again I understand why you wouldn’t want to be associated with an angry fandom and these people absolutely NEED to be called out, but it’s a wishy-washy self-conscious attitude to have. The conversation shouldn’t be about why those other people like that thing, it should be about why YOU like it. It can’t be stated enough how important personal experiences are to every bit of media you consume, your opinions aren’t built on a binary of whether you agree with a fandom hivemind or not. So talk about why a thing matters to you personally. Own your feelings and be proud of them. 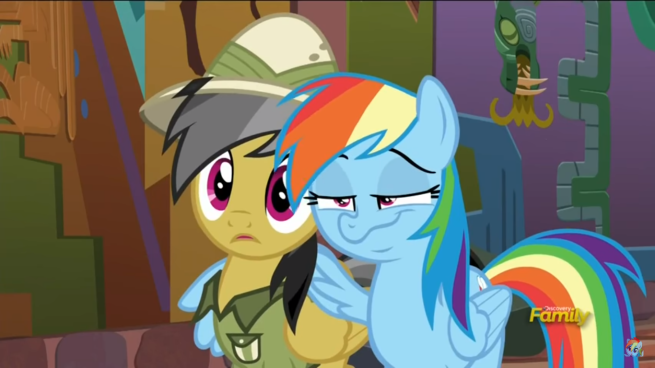 Easier said than done, I know. Fandom is one of very few topics where I feel confident talking from experience. I’ve spoken at length about it before and might repeat what I’ve said in the past but I want to keep having this discussion because it’s so darn important. Through my teens I went from an angry Nintendo diehard to a self-righteous My Little Pony fan to a snarky arrogant Anime fan, dabbling in between with pro wrestling and other assorted obsessions. I’ve been the basic toxic fan, I’ve been the even more toxic fan who laughs at other toxic fans, I’ve been the outside apologist for toxic fans against the even more toxic fans and from there I came to see that wow this fandom shit is complicated.

Then you have the source material purism. Oh goodness, the source material purism. It starts with the innocuous comments about how Harry Potter was better in book form and it cultivates itself into a mob of geeks demanding someone be fired for not putting a hundred hours into a niche visual novel before making criticism of its anime adaptation. Heck, just today I had my integrity questioned as a random person who sometimes writes things on the internet for daring to say my review of Sonic Adventure 2 HD was a review of Sonic Adventure 2 (can I just talk about the Sonic Adventure games without pedantic asides about remasters?… Please?…). 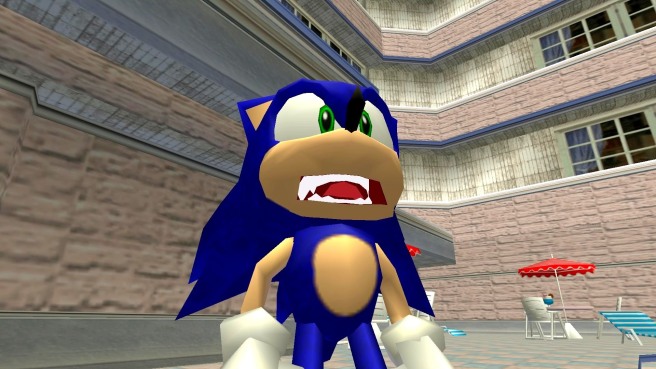 And it’s not just the Sonic fandom. It’s not just gaming fandom. It’s not just Japanese pop culture fandom and it’s not just My Little Pony or Rick & Morty fandom that gets wrapped up in these things. Sure the content of what they like prompts the specifics of their obsession, but rather than that we should be concerned with excessive obsession itself. It’s a widely shared bad habit that people often become so enthralled in fiction that they assume it as part of their identity. The way this leads to criticism of that work being taken as a personal threat and the way characters like Rick Sanchez become idolised is a primal response to seeing ourselves in media.

Sometimes it’s good to see ourselves in fiction, for something to hold the mirror up to nature. But that fictional character isn’t you. As relatable as you may find them you have very little control over them, they’ve been constructed by someone with different thoughts and feelings to you and sometimes they might not reflect how you want them to reflect. That’s exactly what we’ve seen in the way these Rick & Morty fans have projected their frustration onto the show’s female writers about later episodes criticising Rick’s behaviours, which has gotten so ugly that it prompted series creator Dan Harmon himself to speak out.

But I need to stress again that this isn’t just about one bad fandom. No matter how good our intentions, no matter what sense of values we have, we’re all vulnerable to becoming overly attached to things in this way. Even though I could never defend the problematic content of the Monogatari Series I feel frustrated when friends don’t want to watch the series. “Why can’t they get past it”, I think. “Why can’t they have more of a threshold for the trashy stuff so they can appreciate one of my all time favourite anime series for its incredible craft”? I feel like my tastes are being looked down on. As much as I want more people to appreciate Monogatari I selfishly find myself more interested in getting people to appreciate ME for appreciating Monogatari. It’s never easy to have to look at myself and admit that I’m guilty of being an obsessive fan, but as time goes on I become a little better at unhooking myself from that frame of mind. The only way to get better is to be able to admit to your own vulnerability. Over and over again.

Appreciate the things you enjoy. Analyse the heck out of them or love them for what they are. Learn some lessons or unwind. Cry your eyes out or just have fun. In fact, what’s stopping you from doing all of those things? Our hobbies are nothing to be ashamed of no matter what others do. But they also aren’t the sum of our moral character. We might not be able to convince a swarm of angry fans not to be angry but we have the ability to call out individuals for unpleasant fandom behaviour, including ourselves. We’re not perfect but we can at least try to be good.