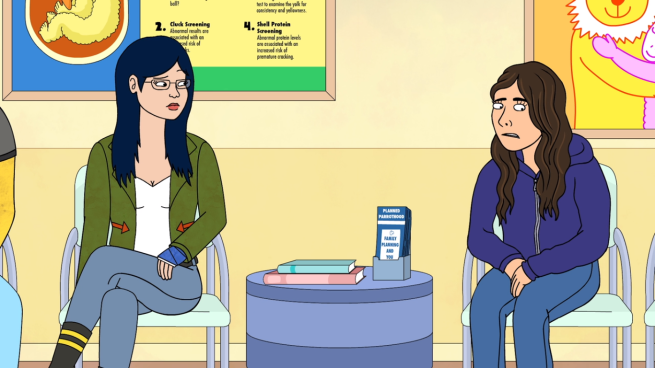 ‘Political correctness’ is an ugly term to a lot of people. To them it represents a threat our ability to speak honestly about challenging things, a silencing of dialogues that can help us become stronger and learn new things, a fear driven act of censorship even. Especially when it comes to comedy, people see it as a threat to creativity itself. But let me offer another idea: political correctness has the power to make comedy not only more creative but actually funnier.

And you know who agrees with me? Bojack Horseman creator Raphael Bob-Waksberg. No kidding, you can read his exact words right here. You know who also agrees with me? Mr. Peanutbutter himself Paul F. Tompkins. So how does a dark gritty comedy like Bojack Horseman manage to be surrounded by such sensitive people? The short answer is that ‘political correctness’ isn’t about not saying things. It’s about questioning how and why you’re saying them. And Bojack Horseman is a stellar show when it comes to self-questioning. 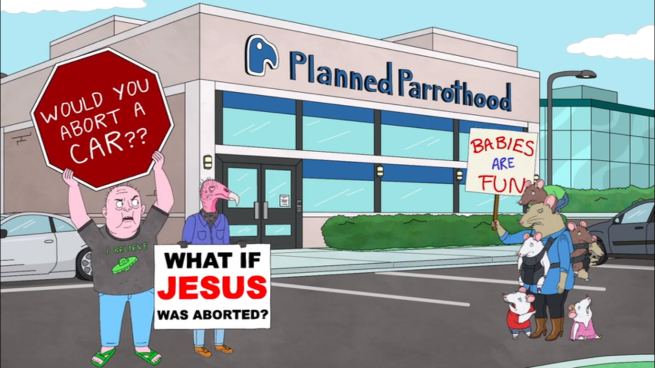 The most obvious thing that Bojack Horseman does is framing. It’s one thing to intend to make an empathetic point with your jokes, but it’s another for that point to be told effectively and to be understood. It’s not the creators themselves laughing with Herb Kazzaz when he makes jokes about Jewish people controlling the media, it’s them laughing at the jokes. Even if Herb himself believes in those conspiracies the way it’s framed through the quip “Juice controls the media” doesn’t leave any room to be seen as making fun of Jewish people or indulging in antisemitism. It’s a joke about conspiracy theories that’s actually ABOUT conspiracy theories, period.

And sometimes Bojack Horseman isn’t perfect. Waksberg himself was the first to admit to that in the interview I linked above, citing a situation where he upset an indigenous Alaskan person. It wasn’t the intent of Waksberg when he had Bojack describe indigenous Alaskans in a demeaning way, but by giving Bojack the time to indulge in a stereotype of people who we don’t have much of a human context for in media it sets a bad precedent. That doesn’t make Waksberg a bad person, it doesn’t mean he can’t learn from his mistakes and he himself said as much. Intent is only half the battle of empathy, and sometimes you have to take responsibility for that. Sometimes you have to find a smarter way of dealing with difficult topics.

Bojack Horseman makes its own point best in the Season 3 episode ‘Brrap Brrap Pew Pew’. When a mishmash of events leads to pop singer Sextina Aquafina appropriating a fake abortion into a song about killing fetuses for fun Diane is openly upset, given she’s about to go through a real abortion. She finds the song personally offensive and distasteful, a validation of pro-life scare tactics. Ultimately Bojack Horseman comes to a different conclusion, but at no point does it ridicule Diane’s position or compare it to those who victimise women going through abortions. While being positioned to take Diane’s frustration seriously the show takes as many shots at the pro-life movement as it can fit in, with some hilarious and stunning lines like the newsreader’s “Has the concept of women having choices gone too far? We’ve assembled this diverse panel of white men in bowties to talk about abortion”. It doesn’t feel the need to punch down to prove women are degraded, it knows what it wants to say and it knows how to make that message crystal clear.

This all culminates when Diane interacts with another abortion patient who was empowered to make their choice by the Sextina Aquafina video. Diane doesn’t understand how she isn’t offended by the obvious tonedeafness of the lyrics, to which this girl responds that the song is just a joke. Now often when people say something tasteless is “just a joke” it’s kind of a cop-out (which is even made fun of in this episode with Bojack saying he’s going to hit Jurj Clooners with a bat as “a bad prank on purpose to show how stupid pranks are”), but Bojack Horseman has this little thing called PURPOSE. Not just some vague good intentions, but a set of fully formed principles that are outlined with nuance and clarity. The girl goes on to talk about how scary she found the idea of getting an abortion, not because of the seriousness of the decision but because of the intimidation and stigma fuelled by anti-abortion protesters and strict laws around reproductive anatomy. “When you can joke about it”, she says “it makes it less scary, y’know?”

By holding such a serious unpatronising conversation on the nature of joking about abortion Bojack Horseman recognises the weight of its position and the worth of being sensitive. It decides to push the boundaries not because it sees itself as above them but precisely because it values those boundaries and wants to expand our understanding of them. And it’s not just about letting anyone joke about abortion, it’s a principled decision that the women who’ve been through these experiences should feel they have the power to say whatever they damn well want about their own lives and their own bodies. Humour becomes an agent to take back the voice stolen by the dry moralism of the pro-life movement. So not only does Bojack Horseman make a touchy topic really funny but it also makes a really powerful statement in doing that. 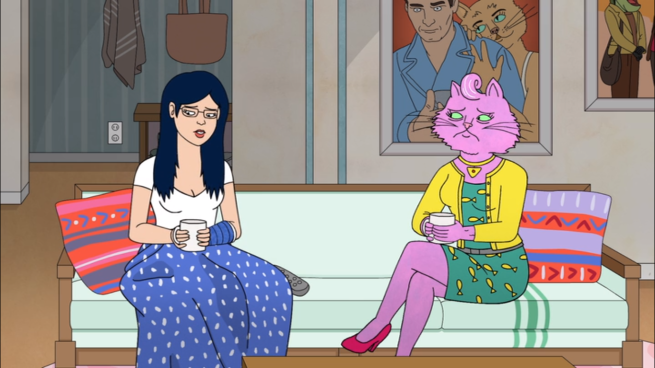 It can’t be stated enough how deeply rooted our humour is in our sensibilities. What we find unusual or below us is most of what we find funny. And I do mean we, not just you the reader personally. Humour says a lot about how each and every one of us views the world. Does that mean never joking for fear of offending someone? Truthfully, no. I like to laugh, and I like smart shows like Bojack Horseman that are really good at making me laugh. To argue that being sensitive will ruin comedy is a heck of a demeaning statement to the sheer diversity and flexibility of things that make us laugh.

Comedy is constantly changing and evolving, and as our sensibilities develop so do the things that we find funny. In a time of change we need more Bojack Horseman‘s. More shows that are up to the challenge of a changing time and willing to take comedy to more nuanced heights. Maybe Bojack Horseman‘s jokes will get old too, and when that happens it’ll be time for something else to capture the values of its time.