Broadly speaking we tend to see society become a little more open towards different groups over time, and with that comes slowly but surely increasing media representation of them. A cynical way to look at this is that it’s simply because their existence has become profitable, and that’s certainly a very valid way to look at it given the slew of middlebrow oscar bait exploiting historical prejudice and hamfisted tokenism. A more positive way to see it is that media representation gives us a platform to humanise different groups, to become aware of their existence and their validity as individuals. I believe both perspectives can be true at once, and in that sense there needs to be conscious thought about how representation is implemented.

The first point is that representation doesn’t necessarily have to involve representing their struggles. A lot of mainstream media representation indulges in marginalised people as tragic figures, defining them by the prejudice they face. Although it’s meaningful to discuss the issues that different people face the effect of framing them only as brave heroic victims of society’s attitudes is often that we fail to see them as human beings. We fail to see them as individuals with lives and hobbies and goals. To that end I say why can’t we have more stories about people of colour and queer people just being individuals with lives and hobbies and goals?

Thankfully some of those stories exist. Two of the most popular in recent years have been Undertale and Steven Universe. I strongly recommend you read this article on Undertale’s representation, but to sum it up very briefly it does a few notable things. Its protagonist Frisk is genderless, and no one has to bring it up. You can date male skeletons and female fish-monsters and flirt with formless ghosts, and no one has to question or discuss it. Not only does it bring a flexible sense of agency to the game, it interally shows a world where individuals of all different identities and sexualities can just be them. 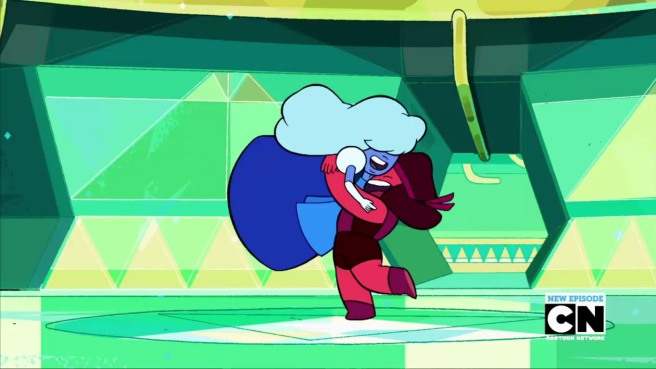 But that doesn’t mean we shouldn’t use media to discuss systemic issues. After all, being consistently silent about their existence isn’t particularly ideal either. But if we’re going to push challenging ideas I think they ought to be an actual challenge. This is where Hollywood often fails with its constant historical dramas and what have you about prejudice. It distances those issues from today so that we don’t feel responsible for it, and it tends to place it within a normative story arc so audiences get to go home feeling happy. This is hardly a call to action. One of my favourite filmmakers when he’s performing at his best is Spike Lee, because when he discusses systemic prejudice it’s almost always contemporary and it’s almost always unapolagetically loud. And this brings us to Do The Right Thing. 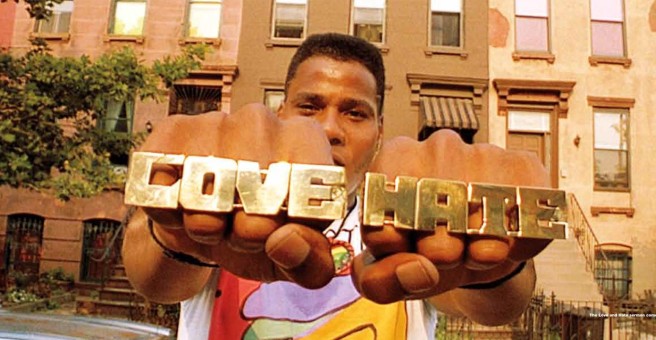 For a good comparison Do The Right Thing happened to come out the same year as Driving Miss Daisy, which lo and behold was a historical drama that talks about racial prejudice and went on to clean up at the Oscars the following year. This isn’t an attack on Driving Miss Daisy for its collective merits as a film, but by contrast Do The Right Thing makes a vastly more emphatic statement about racism. It’s not the kind of film the average person (by which I mostly mean the average white person) wants to see. None of its characters are particularly likable or honourable as human beings, its pervasive conflict of race is left in a painful unresolved state, its conclusion is confused and angry and destructive; but most importantly the film confronts the audience. That conclusion in particular is impossible to ignore. The death of Radio Raheem, an unarmed black person, at the hands of an officer subsequently followed by the violent riot that burns Sal’s Pizzeria to the ground still provoked heated discussion in a film class I took last year.

This 27 year old film still burns with passionate anger, because the issue of police profiling and brutality is just as heated as it was back then. To this day people challenge the morality of violent riots against police brutality, they dissect the rationality of it and get on their soapbox about how “real change” is made. But these riots aren’t about promoting the most rational discourse for making a difference, they’re about the boiling frustration over the pervasive lack of serious systemic change. The goal of Do The Right Thing as a film that completely embodies this fury is to tell the story of it. You don’t have to like Mookie or Buggin’ Out or Radio Raheem as individuals, you don’t have to think they’re characters who make logical decisions. But you have to acknowledge that they’re human beings born of real human circumstances who embody the same feelings as countless other people of colour. This is how representation can be used to challenge and provoke.

There really isn’t any strict rules about how minority groups should be portrayed, but the most fundamentally important things are that they are represented and that they’re humanised through being represented. And of course human beings are complicated. They have interests and goals, they live life, they contradict themselves, and sometimes they do bad things. That’s what makes them… human.

One thought on “On Representation”